Update on Life Talk’s stories on abortion, Planned Parenthood, and pro-life news for May 2015.

Pro-life advocates scored another major victory against ObamaCare when Supreme Court Justice, Samuel Alito, blocked a federal appeals court ruling that would have forced Catholic groups in Pennsylvania to pay for abortion-inducing drugs for their employees. The Florida based, Liberty Counsel, filed the first suit on behalf of Liberty University on the first day ObamaCare was signed into law. Mat Staver, Founder and Chairman of the legal group, described the ruling as a pivotal point toward tearing down an unconstitutional government program that would force Americans to pay for something that violates their religious beliefs.

Michigan pro-life activist, Lynn Mills, told Life Talk News that she discovered thousands of womens’ medical records left inside the now closed, Feminine Health Center, owned by retired abortionist Alberto Hodari. Mills said that the unlocked building had gaping holes in the walls where she found the records as well as large piles of syringes. Mills said that when she contacted the authorities they showed no interest in the situation. At that point, she decided to make the information public in order to warn past abortion clinic patients that their privacy is at risk. The building has since been sold and the files have been removed.

Researchers at the University of Hawaii are recruiting girls as young as 14 to see how much they will bleed if deprived of oxytocin during late-term abortions. Oxytocin is commonly used to minimize blood loss and decrease the risk of hemorrhage. The controversial study is already underway at the Kapiolani Medical Center in Honolulu, led by researchers who are part of a program that collaborates with Planned Parenthood in training abortionists. The study is still seeking up to 166 test subjects who are between the ages of 14 and 50 and whose pregnancies range from 18 to 24 weeks gestation. 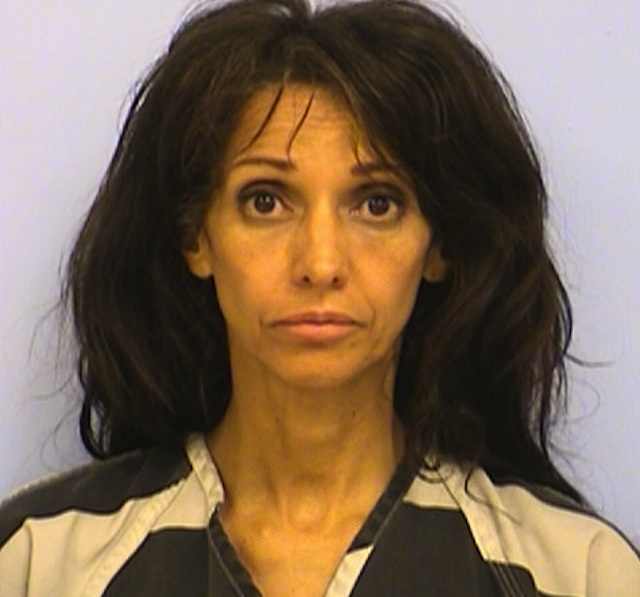 In the ongoing problem of pro-choice violence, a 52-year-old Texas woman has been arrested and charged with aggravated assault after witnesses say she threw a Molotov cocktail at pro-lifers praying outside an Austin Planned Parenthood. Police identified the perpetrator as Melanie Maria Toney who admitted to throwing the device. Pro-lifer Ruth Allwein who was praying during the 40 Days for Life campaign, said this was not the first time a pro-choice activist had thrown things at her. Allwein said that after the bomb was tossed, she quickly stomped out the fire and pulled out the wick to make sure the fire did not make contact with the contents of the bottle. It was later discovered that Toney had previously testified against pro-life legislation in the state capitol.

A pro-choice man in Washington State has been charged with a felony after he allegedly cut the brake line on his girlfriend’s vehicle. Authorities say that 31-year-old, Justin Dean Herrick, was arrested after his girlfriend told investigators with the Pierce County sheriff’s department that she discovered fluid near a front tire of her truck from a cut brake line after she refused Herrick’s demand to have their child aborted. According to local news reports, Herrick has admitted to cutting the brake line but pleaded not guilty to attempted first-degree assault and third-degree malicious mischief.

In a similar story, a Texas High School teenager is on trial for the murder of his 16-year-old girlfriend after she refused his demand to get an abortion. Prosecutors believe 17-year-old Ryan Matthews killed Arrjiana Hill because he feared that his college and sports careers would be ruined if she gave birth to their unborn twins. An examination of Matthews’ cell phone at the time of his arrest showed that he had texted Hill telling her to get an abortion. Online searches revealed that Matthews was asking if it was possible to smash or squish a baby in the womb and inquiring how late a doctor could perform an abortion in Texas. He also sought information about how to cause a miscarriage. Matthews has been certified as an adult and charged with capital murder.

In Iowa, the principle of a local high school has received a demand letter from the Thomas More Society after he told students they could not form a pro-life club on the campus. Jocelyn Floyd, an attorney for the Thomas More Society, says that Principal Steve Madson of Hampton-Dumont High School unconstitutionally discriminated against Isabell Akers and Students for Life of America when they claimed the pro-life club didn’t tie in with the school’s curriculum, while at the same time allowing other clubs on campus that do not meet the criteria either. Akers, now a senior said she began her fight as a sophomore and just wanted to spend her time educating fellow students on the beauty of human life but has instead been forced to fight for her First Amendment rights.

Meanwhile, officials at the Fargo School District in North Dakota have agreed to allow pro-life student groups on campus after also receiving letters from the Thomas More Society. Pro-life students Katie McPherson at Davies High School and Brigid O’Keefe at Fargo North High say that their petitions to launch pro-life clubs were originally denied even though other student clubs had been recognized. Lawyers for the students say that the decision discriminated against pro-life speech by not permitting the clubs to use the school name, host events, or to put up posters at school. According to the Thomas More Society, despite the District’s agreement to now allow the clubs, the schools are dragging their feet and forcing attorneys to issue a second demand letter on the behalf of the students.

UPDATE: In May due to the legal intervention of Thomas More Society attorneys, North Dakota high school officials have officially recognized the two Students for Life Clubs.

A pro-life display at the Clarion University of Pennsylvania has been destroyed for the second time in four years. Clarion Students for Life said that when they put up their annual Cemetery of the Innocents display, which consists of dozens of white crosses representing babies who were aborted, it was vandalized within hours. The pro-life group said pro-choice vandals broke and wrote on the crosses and then stuffed them into a trashcan. The group has since reported that a freshman has admitted to throwing the crosses in the trash because she said she was offended by the display.

A pro-life pastor in Mississippi has been awarded over $10,000 in damages from the City of Columbus for his unlawful arrest during a pro-life demonstration four years ago. Stephen Joiner, pastor of First Nazarene Church in Columbus, was arrested by Columbus Police Department Captain, Frederick Shelton, for simply holding a sign on a public right of way supporting the right to life of unborn children. According to Attorney Steve Crampton, chief counsel for the American Center for Constitutional Rights that represented Joiner, in an attempt to justify the arrest, police cited the city’s parade ordinance which requires a permit prior to engaging in speech on a public sidewalk. Crampton sued on behalf of the pastor, allegedly the city violated Joiner’s free speech rights. In addition to the fine, Columbus has agreed to change two city ordinances to comply with the Constitution.

In Ohio, an abortionist who killed one of her patients has not only been given an award but also a promotion. According to Operation Rescue, last year 22-year-old Lakisha Wilson was tragically killed during a botched second trimester abortion performed by Lisa Perriera at the Preterm abortion clinic in Cleveland, Ohio. Now, Physicians for Reproductive Choice has announced that Perriera will receive their most distinguished award for the so-called adversity she received after pro-lifers called for disciplinary action and even criminal charges related to Wilson’s death. In addition to receiving the award, Perriera has received a promotion from Philadelphia’s Thomas Jefferson University School of Medicine where she also works.

In Nebraska, a local news outlet reported that a Planned Parenthood abortion clinic in Lincoln was forced to stop doing abortions after the center’s abortionist suddenly quit. Now, information obtained by Operation Rescue indicates that the unexpected departure may have been prompted by a state investigation into the facility’s emergency practices. Photos uploaded to Operation Rescue’s website show the emergency door cordoned off and completely blocked by a deep trench, piles of dirt, and construction debris that would prevent ambulance personnel from using the entrance. A letter obtained by Life Talk News from the Nebraska Division of Public Health, and uploaded to the Life Dynamics Blog, acknowledged the photos and says that the state will be investigating the situation in the near future.

Finally, an Arkansas woman chose life for her unborn child after pro-lifers showed her video of a medical emergency at the clinic where she had scheduled her abortion. The video, uploaded by Pro-Life Action League, shows an ambulance arriving at the Little Rock Family Planning abortion clinic in Arkansas. According to the tape, the clinic called 911 twice, cancelling their initial request for an ambulance and then calling again for one. Pro-lifers believe abortionist Tom Tvedten ordered his employee to cancel the emergency call because he didn’t want pro-lifers to publish pictures of the ambulance at his clinic. Pro-Life Action League said that the audio on the tape indicates that the patient had hemorrhaged and was transported to the University of Arkansas Hospital. The group is now actively working to obtain further information on the patient after one of the abortion clinic staffers told a sidewalk counselor that the women, “would have died anyway.”

In the May Life Talk Show, the panel has the following discussions:

Sadly, Mark announces the death of a women from an abortion she received years prior. (26:20)

California forces CPC’s to tell women where to get abortions.

You won’t want to miss Rev. Hunter discuss what happened next. (11:09)

Guest Dr. Matthew Harrison talks about how the abortion industry is reacting to abortion pill reversals.

Dr. Harrison exposes the hypocrisy of the long held claim that proponents of abortion are “pro-choice.” (38:20)

Also on this show, Troy announces the latest member of his family, his grandson, while Mark teases Troy about what he will be like as a grandpa whittling in his “Flannel Shirt.”

And, yelling at kids to get off your lawn:

Mark Crutcher and the panel also discuss a Presbyterian minister who is helping Planned Parenthood get a new mega-center, a pro-abortion advocate who sings “kill your unborn,” and more.